“Plans for the third annual Mancos BurroFest are underway. As the previous Featured Artist, I  am thrilled that Elizabeth Kinahan has won this honor for 2022. Elizabeth’s major 36” high x 24” wide painting of “Arlo” was chosen unanimously by this year’s selection committee. The criteria included an image that captured the spirit of BurroFest. “Arlo”, Elizabeth’s model, has participated in both the 2019  and 2021 events. His owner, Mary Ann Griffin, is bringing Arlo back again this year. Elizabeth will be given the #1 Artist Canopy on Grand Avenue. Be sure to go see a complete selection of her work right after the morning Obstacle course race.” 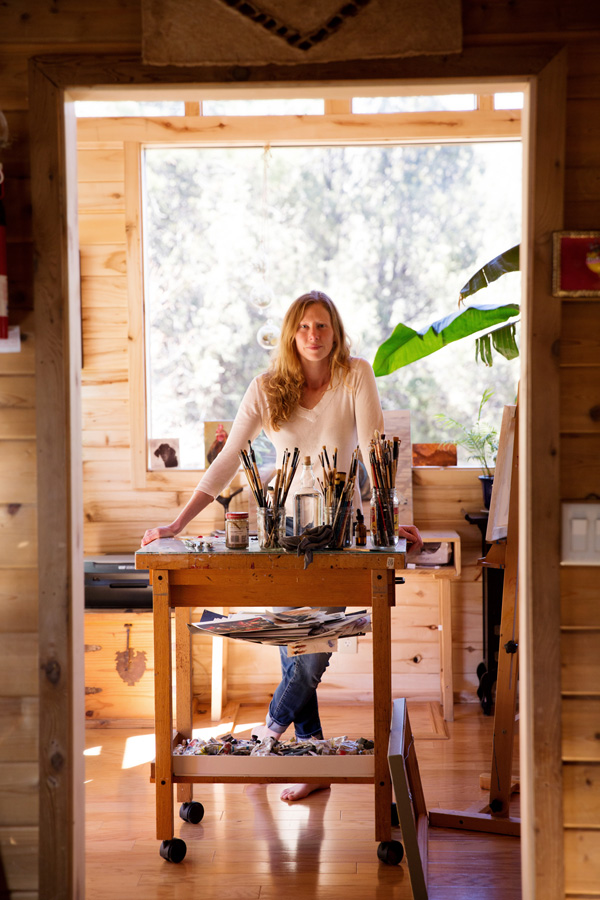 “I am utterly thrilled to have my art featured as part of the 2022 Mancos Burrofest event. I have been painting the burros of the southwest for the past ten years, and it all began with Arlo and his buddy, Sancho. I visited their home for the first time in 2012, and became immediately enamored with their big ears, soft noses, and sweet spirits. Arlo was in fact the first donkey I ever painted, and so he seems deserving of this moment in the spotlight after a decade of putting up with my camera in his face.
For my part, my work has always been about highlighting the sentience and innate intelligence in all animals, and I hope that through coming to this event and meeting some of our region’s beloved burros, visitors will gain a deeper appreciation of what makes these, and all animals, so special. “

Elizabeth Kinahan received her Bachelors of Fine Art degree from the College of Saint Elizabeth in Morristown, New Jersey in 2004. The following year she packed up the car and headed west, in a move that would transform her creative process immensely. Although she had planned to move to Arizona, a stop in the town of Durango, Colorado became the beginning of a 16 year- and going- love affair with the high desert. Having known from a young age that her life would be deeply connected to the natural world, Elizabeth has found that passion fulfilled in the mountains of the southwest. She currently spends her days painting with her two dogs in a cabin just outside of town, where she routinely gets visits from deer, turkeys, bears, fox and coyotes. She and her partner are regenerating the long neglected soil, growing a garden and orchard, and creating an edible food forest for wildlife and humans alike. Elizabeth’s art strives to add joy, beauty and compassion into the world, and serves to benefit organizations that rescue and protect both wild and domesticated animals.

You can find both Elizabeth and her work at Studio & Gallery, 1027 Main Avenue, Durango, Colorado and her personal website, ElizabethKinahan.com

Let us know what we can help you with and we will get back to you shortly.